Twelve Months in the Life of Australian Kids

An Aussie Year is a picture book bursting with national pride. It is a snapshot of who we are as a nation, and covers our modern day culture, lifestyle and traditions. Its pages feature trailing, meandering text, dates and gorgeous illustrations showing our five Aussie children at play, at school, at home, and enjoying their parts of Australia .

Meet Ned, Lily, Zoe, Kirra and Matilda — Australian children representing a multicultural blend of culture and race that typifies our beautiful country. They are taking you through a year in the life of Australian kids, from celebrations to traditions to events, to our everyday way of life. They are Australia. Charming, whimsical and inclusive. The characters and illustrations cover the complete Australian ‘experience’. Perfect for children aged 4 to 12, with a literacy level for self-reading of 8 to 9.

Magpies Magazine
“a col­ourful and interestingly thought out introduction to Australian children’s way of life in the 21st Century.”

Blue Wolf Reviews
“In a time of much cultural discussion, it is charming to find a series of books that deal with who and what make up the very interesting mix of cultures, now an integral component so many countries of the modern world..” Click here to read in full.

Offspring Magazine
“explores what it means to be Australian and the importance of multiculturalism.”

Babyology
“An Aussie Year is a snapshot of who we are as a nation – a vibrant mix of culture and race with a big dose of fun and sun. Both educational and engaging, it is a perfect read for children aged six to ten.”

Little Angel
“Learn all about what a day in the life of kids all over the world is like in this amazing series.”

The Reading Shack
“This is a clever example of an interactive book with no technology necessary. An Aussie Year will make children want to plan and share their own stories and adventures.”

An Aussie Year has made the shortlist for West Australian Young Readers’ Book Award 2016 in the category of Best Picture Book.

“So delighted to win in the ACT Writing and Publishing Awards last night for best children’s book. Tina and I are so proud of this book! And wanted to thank you for your support on a book that has both of our hearts.” – Tania McCartney 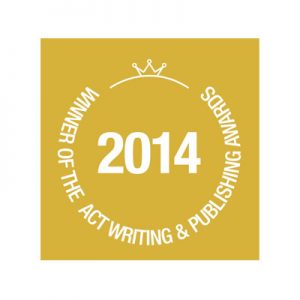 “I really appreciate the diversity that is shown in this one as it reinforces the message to my kids that it is definitely ok to be different and to be proud of their heritage “ https://www.instagram.com/p/CQn-jV3H_5q/

Kids Books We Love  featured
“What a rippa of a book, it will make you smile and and laugh, & adults will get a kick out of it too. We have a very diverse country and people who live here, we are very lucky” Click here to view

Holiday Closure: Our offices are closed from December 23rd until January 9th. All orders will be fulfilled when we reopen in the New Year Dismiss